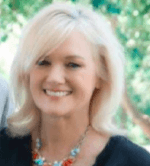 Jamyme is passionate about teaching and mentoring others into a vital walk with God. She is also willing to encourage newly Called Christain Leaders to take their next step in ministry.

Jayme became a Christian many years ago while sitting in the quad at my high school. A friend walked over to her, showed her the tract called the “Four Spiritual Laws” and asked her if she knew Christ. It was there that she believed in Christ. Shortly after that, her parents became Christians and her entire family made a decision to follow Christ. Her father is now an ordained pastor and her mother went to Bible College; later becoming a hospital chaplain.

Jayme has served in many ministries over the last 20 plus years, including blogging, children’s, hospitality, teaching, speaking, small groups, evangelism, and prayer. She is currently a leader in a growing women’s ministry which has many facets including seminars and outreach. Her group is a marketplace group and is dedicated to sharing Christ with women and helping them find wholeness in Him. They have a burden for the underserved; especially women and children. She is passionate about seeing women come out from the bondage of substance abuse, domestic abuse, and self-abuse. She seeks to lead those set free into a life with Christ.

Jamye is ordained as a Commissioned Minister at Christian Leaders Institue. She is willing to encourage others who have been called into ministry. She desires to be a local resource to spread revival to her community.

After being a single mother for a time, she has been happily married to a Godly man for a long time now. Not only does she have four children, but also at least one grandchild.

She has completed over 40 credit hours of ministry training and has been promoting Christian Leaders Institute to others.