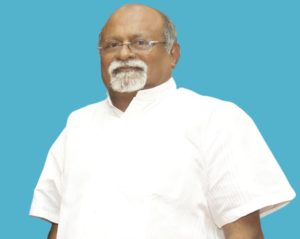 Rev. Dr. Mano Daniel is the founder and president of the Faith, Prayer and Tract League. Rev. Dr. Daniel is a professor at CLI and has created two classes at Christian Leaders Institute in Tamil.

Rev. Dr. Mano Daniel, the elder son of Mrs. and Dr. Samuel Daniel is the General Director of the Faith Prayer Tract League. He took his formal theological education both in India and U.S.A, acquiring M.Div, M.C.E (Masters in Church Education), M.B.A Npo/NGO and D. Min. A committed Christian since he accepted the Lord at the age of 10 and motivated by his godly parents, he continues the good work began by his father. He has a far-reaching vision, utmost dedication, and determination which took FPTL to reach new dimensions. These include theological training, church planting, and social concerns. The significance of the tract ministry has, however, not been sidelined but is evident by an annual 35 million tracts being printed in 19 different languages. The vision of Dr. Samuel Daniel is still being realized and, as written in II Corinthians 9:6 “He which soweth bountifully shall reap also bountifully”, God continues to bless this ministry under the able leadership of Rev Dr. Mano Daniel. 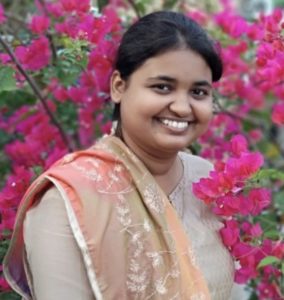 Snehitha is the second born of three children. She is born on the 24th of November. She got saved at the age of 9. She held on to Jesus at times of struggle and temptations of the world. She enjoys working for God and His people. Since the age of 12, she started explaining the Bible to her classmates and motivated them to receive Christ as their personal Saviour. She is an enthusiastic learner. She has done her Masters in Technology from Pragati Engineering College, Kakinada; 8-week certificate course in Psychological counseling from Christian Counselling Centre, Vellore; Ordained as Deacon Minister by Christian Leaders Alliance, and currently pursuing ministry training at Christian Leaders Institute. Currently, she is working as a Mentor Minister in the Christian Leaders Alliance. 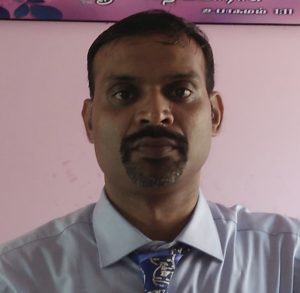 Pastor Vesly is an ordained Commissioned Minister with the Christian Leaders Alliance. He is also a full-time pastor at Gilgal Pentecostal Church in Bangalore, India.

John Vesly is married to his godly wife Ashpee. Together they have one son, Austin. His father is a pastor. He received his Bachelor degree and went on to work for 16 years with Star Hotels. While walking away from the Lord for a time, and stuggling with health issues, the Lord brought John back and called him into ministry.

John started studying at Christian Leaders Institute in 2015 and has completed over 50 ministry credits and is ordained as a Commissioned Minister. He has a passion for bringing the gospel to India. 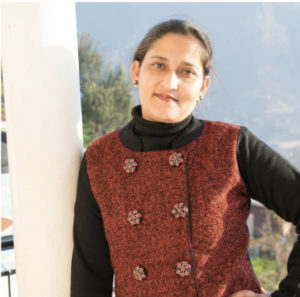 Tripti is an ordained minister with the Christian Leaders Alliance. She ministers at her church in Pithoragarh and to women and children who have been abused. She hopes to open an orphanage someday.

Tripti is a local minister at her church and has been blessed with one son and one daughter. She is a composer of Christian music, a writer and producer of church dramas, and she has been asked to preach and speak at various Christian functions. Tripti began studying at Christian Leaders Institute in 2015. She was ordained with the Christian Leaders Alliance in 2018.