Reach the German people with the Love of Christ. Bring Revival to Germany

Andreas Thissen, or "Andy" lives in Schwalmtal, Germany. He was born in 1982. He attended church in his younger life and the became distant from God for many years. Several years again one of his friends in Florida witnessed to him and he experienced renewal and was baptized in a Florida, USA church. He was not only saved but he was called into ministry.

He is paramedic and teacher for Emergency Medical Services in Germany. He started studying at Christian Leaders Institute in 2015. He has completed his bachelor degree in Divinity and he is ordained in the Christian Leaders Alliance. He is also colaborating on getting some ministry training classes in the German language.

He is open and willing to mentor others and help them get ordained in the Christian Leaders Alliance. 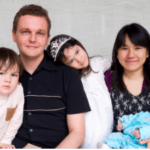 To spread revival to Europe