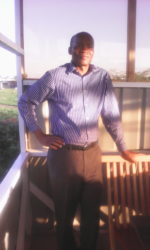 I was born in a polygamous family of a father and mother who was all from Roman Catholic background, forty-nine years ago.

After the death of my mother, I and my Elder brother moved from our home to the aunt’s place who was a widow but was a committed Christian who had given her life to Christ as Lord and savior of her life.

She tried to introduce us to Christianity but wasn’t that committed.

As I got into my teens, I started experiencing a deeper urge and desire for sex, alcoholism, and smoking. I felt like I was being left out by not living like the rest of my other friends were doing and this created in me a sense of withdrawal and separation what almost led to rejection. Later on, I found myself moving from one woman to another seeking to find satisfaction, rest and peace but with no success.

The urge for sex grew in me stronger day by day to the extent that it even affected the results of my secondary school grades. I didn’t get the grades to qualify for the university. This left me injured at heart

The more I practiced this lifestyle, the more restless I became, this went on to the extent that keeping faithfulness to only one woman

December 1990 is the year I saw the light. It was one evening after struggling the whole day with anxiety, restlessness and a sense of emptiness when I decided to walk out of the house to a nearby shopping center, a place where one local pastor had organized an open-air bible meeting.

As I listened to the message by the visiting preacher, I kept growing in conviction, as he went on it dawned on me that he was speaking to me. I could not wait for the invitation to receive Christ, just walked in front and asked the pastor to pray for me to receive Jesus Christ as my personal savior.

Receiving Christ as my lord and savior was and has been a decision one in a lifetime that I cannot regret ever making in my life. I got peace, rest and satisfaction in life. He blessed me three years later with a beautiful God fearing wife, Winnie, and later four children who continue to be a blessing to my life.

Three years later, I got a call to be more involved in the ministry, and by his grace was able to help with his servant in various ministry capacities; ranging from interpretation, eldership and as a deacon

serving with pastors in a medium sized congregation here in Nairobi.

Five years later the Lord called me into full-time ministry in which he led me to found a ministry; Christian restoration ministries of Mt. Calvary, where we train and raise leaders as well as church planting, a mandate we still undertake to date.