William seeks to raise up revival leaders in this area working with the youth. He has a passion to mentor others, including those who are released from prison.

William T. Hill is married to a godly woman named Joan, and they have four children and two grandchildren.

William had a stroke in May of 2009 and had to learn to walk, speech and all math and reading skills over, after 2.5 yrs. of rehab and occupational therapy. He walked with a walker and graduated to a cane. God has seen him through my healing process!

William is willing to mentor others as they study through the Christian Leaders Institute and seek ordination.

To reach many people in Canada and to raise up Christian Leaders!

Hector Valentin is over 50 years old from Toronto (Maple, ON) Canada. Hector is married and his wife supports his ministry. The Lord has guided his life toward his ministry calling.

Hector started Christian Leaders Institute in 2015. He has completed his Deacon minister ordination. He is passionate about reaching others and raising up leaders to reach other!

Herb is passionate about evangelism and raising up new Christian leaders.

Herb Marr lives in New Maryland, New Brunswick, Canada. He is over 60 years old and has retired from a career in the Canadian Armed Forces where he served in the Army and then the Air Force.

Herb married Lynn in 1989 and have raised three sons. Lynn is an administrative assistant working for the New Brunswick Government.

Herb was trained as an Evangelist in a three-year course graduating in 2002 and have worked as a Chaplain and minister in his community.

Herb’s faith journey started as a child in Sunday School, but his faith became real to him after I fell away and was caught up in the disease of alcoholism. During my early days of sobriety, He was invited to attend Chapel by two fellow soldiers and soon after turned his life over to Christ.

To proclaim Christ and his healing presence to the world.

James Babatunde is originally from Nigeria. He married Alicia in 2007, and they have four children. Jame is a bi-vocational minister. He specialized in Security Equipment repairs and presently working as an Electronic Technician. James and Alicia are the founders of Speak Out Ministry. This online ministry preaches the Gospel of Jesus Christ to the World.

During Jame’es teenage year, he was not walking with God. Fueled by intense guilt, he gave his life to Christ to be saved. Shortly, after he felt the calling to ministry.

After moving to the United States and married Alicia they started ministry together.

To proclaim Christ and to plant more churches

Allan Garcia Fundal was born in the town of Pampanga in the Philippines. He is married to Corazon and they have two children. Allan graduated from Mechanical Engineering in Technological Institute of the Philippines year 2000. The next year, he accepted Christ as his Lord and savior.

Almost immediately, he began ministering to others whether in Taiwan or Dubai. He has planted churches. Now he live in Edmonton, Alberta. He is a church planting intern at Filipino International Baptist Church.

To build my Community and Africa for Christ and in Christ. He is called to plant a church.

Recknald Lucas was a second born child in 1983. He came to know the Lord in February of 2008. He was finalizing his last year at the university.

Since that time Recknal has been studying the Bible and walking class to God. He has written a book called, “Depend on Jesus of Nazareth, Man is a Mere Vapour,”

Reckald has a calling to plant a church.

Recknald began his studies in 2017 and was ordained. He is willing to mentor others on their ministry or enterprise journey.

Angeline is passionate about raising up leaders for Christ!

She was saved at age of 12 years old was baptized in water in 1982. She is a Pastor’s kid. She is married to a wonderful husband named, Tim Garmon. They love serving the Lord together.

Angeline began studies at Christian Leaders Institute in 2016. She is ordained as a deacon minister. She is willing to help CLI graduates and students. She offers help with ordination with the Christian Leaders Alliance.

Michael La Tulippe lives in Waterbury Connecticut. He is married to Michelle; together we have three amazing daughters. He has felt called into ministry for a long time. For many years he fought God and enjoyed the way of the world.

In July of ’85, Michael had a serious car accident which left him close to death. He spent the next several months in hospitals, therapy, and rehabilitation. There was a point in time when doctors said Michael might never walk. He suffered head trauma which had paralyzed his left side. His parents, church, family, and his immediate family; they never stopped praying and giving it to God during my healing process. After the ordeal. He began to turn back to my upbringing and focus more on Jesus-Christ.

After a divorce, after a period of time, Michael met Michelle. The have been married for over 23 years. She is a godly woman.

God was at work in the life of Michael. You can read the full story in his profile.

Michael started Christian Leaders Institute in 2017. He has been ordained as a deacon minister and is willing to mentor others in their ministry training journey toward ordination. 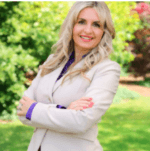 To bring revival to the great Seatle area! Encourage Christian Women to thrive in their walk with God. Raise up more Christian Leaders.

Natalya Snitko (Natekin) is a member of a fast-growing church in greater Seattle area City on a Hill Northshore. She is a leader of small home-group for ladies. Sheis married Andrey Natekin and they have five children.

Natalya was born in Kazakhstan in early 1980’s Natalya is the oldest child of seven kids. All her brothers and sisters are Christians. her grandparents were saved when they were in their early 20th which makes her a third generation Christian. In her late 20’s she had a fallout with God but has been renewed again by the Grace of God. Praise God!

Natalya was called to ministry came in my early thirty’s. She is called women’s ministry.

He and her husband own a business together where he is a builder and she a realtor.

Natalya started taking classes at Christian Leaders Institute. She was ordained in 2018. She is willing to encourage others on their ministry journey. She especially desires to encourage women in ministry. 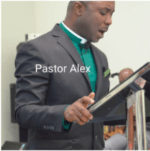 Akwase is passionate about ministry and reproducing ministry leaders in Italy.

Akwase Frimpong Mansony was born in Ghana in 1969. He is now a citizen of Italy with this wife and three children. He worked in a factory for many years, but now he is involved in full-time ministry.

Akwase was born again in his native home of Ghana.

Akwase is willing to help Christian Leader in Italy with both their CLI experience or with Ordaination.

View
« Previous Next »
Scroll to top