Mentor ministers are ordained through the Christian Leaders Alliance. These Mentor Ministers have expressed their willingness to mentor Christain Leaders Institute students and graduates in their ministry training. If someone needs to be ordained, these mentor minister will assist if needed.  Each Mentor Minister has gone through the ordination process with Christian Leaders Alliance. This directory is growing and reaching more places.

Rebbecca have been a born-again Christian since 1994. Prior to giving her life to the Lord, She had been meeting different men who shared the gospel with her and prayed for her, but she was determined not to get saved. One night, while She was out getting ready to get drunk, the Lord sent a man into the bar to talk to me about Jesus. He just happened to know her sister and her boyfriend and asked for a personal introduction to Rebbeca.

Once they were introduced to each other, they spent the rest that time in that bar connecting with each other. After the bar closed, they sat in her car and talked. He told Rebbeca about having recently gotten saved and how much he loved his church. Then he invited Rebecca to church. They became friends and eventually, Rebecca went to church with him. When she walked in the door of the church, she felt like she had come home. Eventually she gave my life to the Lord. She has gone to church ever since.

Rebecca married that man. He became a pastor.

Her husband and she minister at the local level at their church. She has learned so much they wished they had known when they started. She shares her training with her husband the pastor of the church.

Rebecca is willing to mentor and help with local ordinations for people in her region.

Bernardo's dream is to reach others for Christ. He desires to bring revival to his community.

Bernardo D. Caballero was born in 1968 on Colon, Matanzas, Cuba. He did not come from a Christian family. His parents, however never denied the existence of God. He grew up having faith in supernatural beings, and the wrong ones at that. Their family believed in the syncretism of African religion and Catholic influence which started with the slave trade during the Spanish colonization.

From childhood He was involved in rituals and the offering to unknown deities, mainly out of fear. He never felt peace or truth in that! In communist countries governments forbid the worship of Almighty God. He grew under the atheistic philosophies Karl Marx, Frederick Engel and Vladimir Lenin. He was taught that materialism was the only true.

Bernardo I escape Cuba on 1994 in a raft, was capture in Key West coast and was sent to Guantanamo Bay refugee camp, in Cuba. He spent almost a year at the camp. In July of 1995 He was sent to the continental United States.

In his first years, Bernardo pursued the American Dream, but not God. But he was saved into a relationship with Jesus Christ in 2005. Then he was called into ministry.

Bernardo has been encouraged over the years by many Christian leaders to study and pursue the pastoral ministry. He had been hesitant knowing the responsibility and demand that God places on those who teach and lead. For many years, economics and family accountability have been his main reason for not pursuing a ministerial vocation. He and his wife have three children. He saw no possibility of being able to go to a seminary and prepare. The Lord opened the door for Christian Leaders Institute.

Bernardo has completed the courses to now be ordained as a commissioned minister. He is senior pastor of his church and is willing to help other become ordained with the Christian Leaders Alliance.

Help people launch into a living relationshp with Jesus Christ. Sugar B. Has a internet radio program where she seeks to help young people.

Sugar B. was born October, 1958. Her parents being of different denominations (Catholic and Baptist), raised her brother and her in the Catholic Faith. When she turned 16 years old she went from the Catholic Faith to become a Baptist. She enjoyed the singing in baptist church and the preacher giving the sermon. As time went she was baptized. She started feeling the need to do more with her life and to find out more about God and His Son Jesus Christ.

She became a New York, NY police officer. She lost her connect to church until 2009 when the Lord used her son and some God-inspired circumstance to prompt her. After being baptized in December, the calling for ministry developed in Sugar B.

She began studying at Christian Leaders Institute in 2017 and has excelled in her studies. He continues to do an internet radio show called Sunday Fellowship Praise. People can assess the "Wright Ways Radio” app onto their devices phone, IPad, tablets and computer....

She is willing to mentor or assist others in the New York, NY area in pursuing their ministry dream which may or may not include ordination.

Matt is a retired "coal miner" His family life was off and on with God growing up. After reading the new testiment at age 32, Matt became a believer and was born again.

Matt grew in his faith and still had struggles with some addictions. God led him to Celebrate Recover for his own restoration. Now He gives encouragement and leadership with that group.

He and his wife are now taking care of an aging parent, but are will to encourage Christian Leaders on their ordination path.

To bring the irresistable light of Christ to my community, including the building of a house chruch, if the Lord wills.

Jan learned about the love of Christ from her parents. Through out her life, she has known God. She has faced challenges such as a divorce that ended a 28 year marriage. She has faced the caring for elderly parents. She completed her Master Degree program and she is teaching at an inner city school. 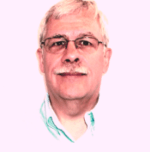 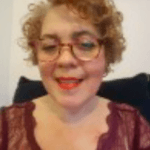 Sandy dream is to help bring restoration to as many people God places in her life. But she is especially drawn to working with abused and battered women. She would like to one day have a place where they can come to get away from the abuse.

Sandy came to the Lord in the early 1980's at age 14. She was invited to a Christian church and that night She accepted God's calling.

Sandy is the mother of one daughter and grandmother of two girls and two boys. Her husband is also in ministry.

Sandy started to attended Christian Leaders Institute in 2014. She has completed over 70 credit hours of ministry training.

Sandy is willing to encourage Christian Leaders Institute graduates in her area and help them with their ordination process.

Share the Love of Christ ministering to couples by officianting at their weddings.

Julie Tucker is a wedding officiant. In fact, Many couple have their wedding ceremony at her home in the country.

Julie married her best friend, James Ray Tucker, on her 30th Birthday and from that very moment we have been involved in ministry. Julie and her husband have been youth leaders, out-reach pastors, and even operating The SonShine Bus ministry for many years.

Julie is thankful for the opportunity to study from home! She is eager to learn more and so thankful to have found CLI. She live in a big city in the Bible Belt where you think everyone goes to church and loves the Lord. But day after day, she meet more folks that don't have a church home, they don't have a Pastor or Mentor, they don't have anyone to come pray with them in time of difficulty and some of them have never heard the name of Jesus, that literally breaks my heart. She is willing to be a mentor to Christian Leaders Institute students and help with their ordination.

Address: 75474
Type of Minister: Minister of the Word
Ministry Dream:

To be part of a revival starting in his own life, extending to his church and expanding to the whole world.

Yvena is passionate about encouraging others in their calling for ministry. She loves serving the local church. Someday she hopes that she can work fulltime in ministry, through travel, music or speaking.

Yvena was called into the ministry when she was 17 years old. She actually married a son of a minister. She is a musician who plays keyboard, drums, bass guitar and acoustic guitar. In the late, 1990s. Yvena found her way to the United states from Haiti. In Florida, she had many hopes and dreams. She bore two children.

God used this whole situation to put a fire in her heart for God and to do ministry. She started Christian Leaders Institute in 2017. Her local church officials encouraged her to pursue deacon minister ordination.

Forgiving her husband was not easy, but by God's grace, God has launched her into new opportunities to glorify God with her life. She hopes to homeschool her children someday.

Yvena is willing to encourage other women who are called into ministry.