Minister of the Word

Address: 813 Hillside Dr
Quinlan, Texas 75474
75474
Type of Minister: Minister of the Word
Ministry Dream: To be part of a revival starting in his own life, extending to his church and expanding to the whole world.
Ministry Journey: 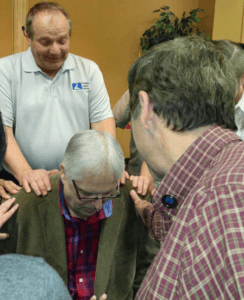 Justin Halbersma is married to a Godly woman named Emily, and as of right now, they have no children.

Justin is self-employed as well as working retail part-time. He can’t honestly say when the Lord graciously saved him in Christ, as he grew up in a Christian home. His teen years were full of confusion as he began exploring the world around me. He attended a public school, but something kept him from following the destructive paths his friends were on. While they were out partying, he was content to go to the Friday night hockey game and spend an evening playing video games and watching Hockey Night in Canada.

He became keenly aware on August 2, 1999, that God was pursuing him and he fell on my knees that afternoon and confessed to Him that he needed to be saved.

He is willing to mentor others by email or in person. He will help with Christian Leaders Alliance ordination.

Type of Minister: Minister of the Word
Ministry Dream: His heart burns with passion to see the message of the kingdom of God transforming people groups in both Jamaica and elsewhere.

Alesta Deslandes is a minister of the Word with the Christian Leaders Alliance. He has a plan to reach Jamaica. Alesta is blessed with a wonderful wife who shares his ministry calling and provide tremendous support in his current ministry engagements.

With the strong Christian emphasis in Jamaica, He grew up in Church, at the age of ten accepted Christ, publicly declare his faith, and was baptised. Since then He have felt a call to Christian Leadership.

He has a dream of seeing true revival come to Jamaica that will spread to the entire Caribbean and impact many unreached people groups all over the world through missions. There are three components of ministry that He want to be involved in 1) The preaching of the gospel of Jesus Christ, 2) discipleship and raising up leaders and 3) caring for people through humanitarian efforts.

Alesta began his studies with Christian Leaders Institute in 2015. He is a Bachelor of Divinity degree graduate and have been ordained as a minister of the Word.

He is open and ready to mentor CLI students and graduates and provide support for ordination into the Christian Leaders Alliance. 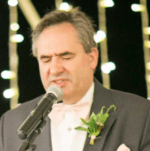 Francois Alberts is married to a godly woman. They have four children.

He was a software specialist that develop software in thirty two (32) languages for all platforms, but now he is a full time Counselling Pastor at Remembrance – Church of God and help to counsel patients at Helen Joseph Hospital, in Johannesburg through HospiVision.

He is kingdom minded and works with pastors all over Africa.

He is willing to mentor students and graduates of CLI. He will assist with ordination in the Christian Leaders Alliance.

Andy Elliott is a follower of Jesus, husband, father of four, business owner and pastor of a new church plant named, The Beat Church, in the greater Austin, TX area.

Although he was raised in the church he turned to alcohol, pornography, and anger. He believes much of this stemmed from doors opened after having my first sexual contact at the age of 5 with an older male cousin. He praises God for a friend who brought him to a pastors house at 3 am passed out drunk in the back of his car. It was an ugly beginning but proved to be the turning point to restoring his relationship with Jesus.

Address: Lauderdale Lakes
33309
Type of Minister: Minister of the Word
Ministry Dream: To raise up Revival leaders in the Haitian Community and beyond
Ministry Journey:

Itony Telusnord is married and has one child. He was at the university and had a great hunger to know more about God. He had a friend at the university that opened up the Word. That same friend is now an ordained leader with the Christian Leaders Alliance.

Itony works as a professional, but more and more he sensed the calling into ministry. He began his studies at Christian Leaders Institute in 2014. He has a bachelor degree in divinity from CLI. He was ordained as a minister of the Word with the Christian Leaders Alliance.

He is willing to mentor others who are studying at CLI and are seeking ordination with the Christian Leaders Alliance.

Jim Tibby lives in Clearwater, Florida with his Wife, Lynne. He was raised in the Church, and He believed in God and Christ Jesus. Growing up, Tibby had all of the head knowledge but did not trust in Jesus. As it has been said, “I missed God by 18 inches” (The distance between the head and the Heart). As a Freshman in college, Jim accepted Jesus as his LORD and Savior through the efforts of Campus Crusade for Christ while attending Arizona State University as a Music Major. He immediately began directing a choral and instrumental group sponsored by Campus Crusade called “That Certain Sound”.

Throughout the years, He has been Minister of Music or Director of Music through many Churches in Florida. He was Bi-vocational as his full-time occupation was in many aspects of the Real Estate Profession including residential and commercial sales, appraising, training, and sales management.

Just before his retirement from full-time employment in Real Estate, the Holy Spirit convicted him that I needed to pursue Ministry training. He had an increased hunger for the Word.

He began Christian Leaders Institute in 2015. He was ordained in 2017. He is a minister of the Word with the Christian Leaders Alliance. He is willing to mentor others in their ministry training and assist them through the process of ordination.