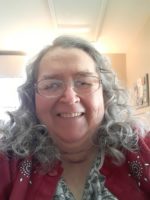 My passion is to encourage, minister, mentor, and share the Gospel where God has called me to serve.

Church was not a big thing to my parents. I was raised Catholic. I became Pentecostal, was saved and baptized in 1980. I am now non-denominational.

I began taking classes at CLI in December, 2019 because I wanted more knowledge about God and it was free. I was living in a nursing home then. I am so thankful to CLI/CLC because I was able to get the education I wanted within my meager income. When covid started, we were not allowed to leave our rooms, nor were we allowed visitors for 387 days so I studied, a lot.

I have earned both an Associate of Divinity and a Bachelor of Divinity degree. I have also earned 3 Diplomas, 6 Certificates, 26 Awards, 5 Badges, and 17 licenses and ordinations including Life Coach Minister, Associate Chaplain Minister, and Associate Minister. I continue to add credentials. I have now become a Certified Life Coach.

This has been an amazing journey. I have had marvelous professors who are men and women of God. They have not only shared their knowledge with me but they have also demonstrated Christian love and how a Christian should live.

Currently, I am no longer in a nursing home and am now a Pastor for an Assisted Living Complex for seniors. Matthew 10:8, "Heal the sick, cleanse the lepers, raise the dead, cast out devils: freely ye have received, freely give." Because of CLI, I have freely received. Now it is my turn to give. I am a volunteer with CLA and I like assisting other CLI/CLC students to help them reach their goals as God leads them. 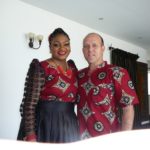 Brad Phelps is 49 yrs old and living in Zambia.  He is married to Hope Chikwanda. Together they have one daughter Zoe. He works in the mineral exploration industry as a mining supervisor

Brad met my wife in Lusaka 10 yrs ago. The two of them wed quite early. However, Brad knew beyond a shadow of a doubt that Chikwanda was for him.  They lived what Brad thought was a reasonably happy life. However, the couple was not born again at this stage.  Shortly after marriage, Brad and his wife began to shift around Zambia. Consequently, they found their way into an RCCG church in a small town called Solwezi. This is where Brad and his wife both gave their lives to Christ. Since then, Brad has been extremely blessed to have men of God around him to help. Brad was blessed with a mentor from the early stage that he gave his life to Jesus. He currently holds 2 positions in the church he attends in Mwanza Tanzania.

Brad started CLI in January of 2018. Since then he has completed 47 credit hours and has been awarded an Associates Degree through CLI!

Brad is excited about his journey at CLI and is willing to help other students along the way.

I have a passion to mentor and lead others to Christ!

My name is Nathan Vierra. I was born into a lower-middle class family in 1975 as the second of four children. My parents were young and inexperienced in life, but they did the best that they could. I am grateful that I still have both of them, and they are still happily married.

My early childhood years were spent in church, where I first had an encounter with the Lord. I’ll never forget the first time I felt His nearness. I was ten or eleven years old. It was around that time that I had first said a prayer surrendering my life to Him, but honestly, that surrender was short lived. When I was twelve years old, my family moved out of Oakland, CA, and subsequently out of church. From that time and for the duration of my childhood, my family never went back to church.

Throughout my childhood and into my young adult years, I had an awareness of Jesus, but more often than not, I ignored him. I enlisted in the United States Navy at 20 years old and found myself stationed in a small southern coastal Texas town. There, I met the guy who would get me back into church, a solid group of Christian friends, and later, my wife.

I joined First Baptist Church, Ingleside, TX and befriended the pastor, who became my first mentor.

This was when I began to seek God, seek forgiveness, and seek a relationship with Him. His grace met my faith, and He began to change me.

I met Melissa in the summer of 1997 and we were married in January 1998. The following year, our son was born, my military obligation ended, and we moved to Lexington, KY. There, we would end up living for 14 years, having a daughter, and having a shake-up that would cause us to redefine who we were spiritually.

God really began to get my attention in 2006. He began requiring me to grow up and become more than who I was. This was where I really began to understand grace; His ability to accomplish what we cannot accomplish in our own strength. My understanding began to explode, and with that, the accountability came with it. In what turned out to be a six year process, I moved my family to Kansas City, MO, where we currently live and serve in our church.

As I write this, Melissa and I have been married 22 years, our 21 year old son, Zion, is married, and our daughter Natali will be graduating high school in a few weeks.

God has been the absolute center of our lives for several years now, and He’s blessed us incredibly. We’ve gained much understanding regarding the kingdom of God and our (humanity’s) role in it. We serve in several areas in the body of Christ, from mentoring & parenting, to serving (or have served) in nearly every aspect of church services. I have traveled some in ministry and I am excited to walk out my future in serving the King of Kings and the people of His kingdom.

I am grateful for CLI and the programs that they offer. I have been ordained through Christian Leaders Alliance as a deacon servant leader, and I am currently taking classes with the intent to earn an associates degree (and later a bachelor's degree) in ministry. 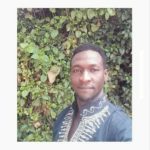 To provide pastoral care, as a "Chaplain", to those outside the Church and by ultimately starting a "Christian Faith Mentoring and Counseling" center as a practical hub to even evangelize the unchurched in Kenya.

Boaz Adhengo is a passionate educator, inspirational speaker and a certified Transformational Life Coach. Adhengo helps his clients design and manifest lives that are in harmony with their highest purpose and inner longings.

For over 15 years, Adhengo has worked with the creative arts sector, helping individuals and groups identify and build their dreams, accelerate results and create richer, more fulfilling lives.  At Christian Leaders College, he has attained both a Diploma of Divinity and Bachelor of Chaplaincy Degree which drives his passion to fulfill God's calling in his life as a clergy.

As a professional speaker, author, minister and coach; Adhengo embodies a Christ centred life and a deep compassion for people. He is fond of calling it, EVANGELIVING and possesses the skill-set to help his clients navigate life challenges as he inspires positive, effective, long-lasting change.

Adhengo works with professional goal-oriented people who need encouragement to master God's calling in their lives, to discover the purpose of God in themselves; he works with individuals who are facing transition in their relationships, family status, career or health; and with groups who hold a common interest, such as not-for-profit boards or business units. He has hitherto founded the Associated House Churches of Adhengo Boaz Ministries.

Boaz is experienced in mentorship, coaching, pastoral work and healing ministry. Having received breakthrough in revlation of his own purpose while a student at Christian Leaders College, Adhengo brings an impartation of faith with a passion to see the treasure in everyone revealed; thus helping them become all they are meant to be, to know their purpose. His most recent book that is storming the continental waves has the title COACHING SKILLS: A Beginners Guide; and he will use this book to help develop leaders who are stewards.

Feel activated to contact him in your walk with God, to discuss even ways of starting House Churches or even towards the growing dream of having a mentorship centre established in Buruburu, Nairobi.