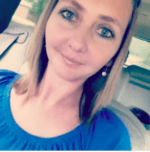 To raise up more Christian Leaders to reach Alabama

Brittney Johnson is married and they have two children. Her husband supports her ministry calling.

Brittany was raised in a church and attended on a regular basis. She knew who God was, and could sing every song on Sunday morning, But she did not have Jesus in my heart. One summer when she was 9 years old, she attended vacation bible school with a family friend. On the last day, they had a special prayer and asked if there was anyone who wanted Jesus as their personal Lord and Savior. She raised my hand, walked down to that altar, and asked Him to be the Lord of my life! She was so proud that day! She stayed in church throughout the following years.

Years later testing challenged her faith. She wrote in her profile.

"I began to allow temptation to creep in and change my heart. I was no longer that on fire girl for God. I had turned into a drinking, smoking, party girl. For 10 long years I did my own thing, not caring about going to church or living for the Lord. Then one day I received a call from my Daddy, who had been ill and in the hospital. When I arrived at his side he told me that the doctor had diagnosed him with stage 4 cancer, my heart nearly stopped"

Her father is with the Lord now, and Brittney is near the Lord and that on fire woman who is called to ministry.

Brittney began Christian Leaders Institute in 2015 and was ordained in 2017. She is willing to mentor CLI students in their ministry training and assist them through the ordination process at Christian Leaders Alliance.

To raise up revival leaders in Alabama!

Dale Hood has a daughter Natasha, and a grandson named Jack. He is the men's director of the Men's Lifehouse Ministries. The Lifehouse is a drug and alcohol recovery and discipleship program. 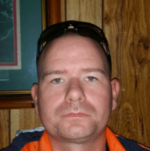 To raise up Christian Leaders for Revival

Greg Davis is married to his wonderful wife Kendra and they have a son and daughter. He has walked with the Lord and sensed the calling into ministry, possibly full-time ministry someday.

He has been actively serving in ministry for many years now at this local church. He has been a leader in the Celebrate Recovery program.

Greg has led home and family Bible studies plus small groups for men.

To raise up more trained and ready called Christian Leaders for my region.

Greg Dye is married to Leslie, and they have a young son. Greg grew up in a home where they attended church Christmas and Easter. He struggled with tough questions about the Bible or Science and the Bible. For a time, he was not connecting to the Christian message.

His search did not find him ultimate answers. He was still unhappy and unfulfilled.

Gregory came to know the Lord through the work of His servants, but mainly through a friendship with a beautiful woman who now walks beside him as his married wife. They are called and together they do ministry.

Gregory started Christian Leaders Institute in 2015 and became an ordained commission minister in 2018. He and his wife are willing to mentor other on a ministry training journey and through the Christian Leaders Alliance ordination program.

Affectionately known as "Rev. Donnie”, Rev. Jacobs ministry Dream and Goal is fashioned around his call to proclaim the life changing Power of Jesus the Christ in practical means seen in everyday life. He also desires to provide opportunities for the needs of his "neighbors” to be met.

Richard Donavon Jacobs is originally from Munford, Alabama (U.S.A.) in Talladega County, but currently resides in Auburn, Alabama (U.S.A) He had the blessing of growing up in a Christian home and accept the Lord early in life.

He began studying at Christian Leaders Institute in 2014. He completed many credential levels by 2016, including being ordained as a commissioned minister. He was also ordained locally in his local chruch in their ordination system.

Rev. Jacobs is willing to mentor Christian leaders seeking to serve God in ministry. He is also willing to open up his church to be a mentor center.

Therman Kellar began his journey called life in 1968 in Marietta, Ohio. Through his childhood, he lived in many different locations including Ohio, West Virginia, Florida, Georgia, and Texas. His father worked construction, which required us to move often and after his parents' divorce, He and one of his sister lived with his Dad and his oldest sister lived with his Mom. He changed schools 19 different times before graduating high school and joining the Navy.

While in the Navy, He met his wife and they have been married since 1989. In 1995, He came to have a committed relationship with Jesus Christ. Since that time, After He was medically discharged from the Navy, in 1998, He has been able to obtain his MBA and he has served in many positions in local churches includes financial counselor, youth leader, and Sunday School teacher. He is living out his calling to ministry.

Therman began Christian Leaders Institute in 2015 and was ordained in 2018. He is willing to mentor other in their ministry training journey and through the ordination process with the Christian Leaders Alliance.

To help raise up revival leaders!

William “Erik” Box grew up and still live in Montgomery, Alabama and is married with children. He grew up in a believing family and claimed the promises of God at a young age.

After he was married in 2001, he and his wife worked together ministering to the Youth. William has continued to minister with his wife in various ministries.