To Be a Minister of the gospel of Jesus Christ

Anson A Varughese was saved in 2009 when Jesus was revealed to him and convicted him of his sin. Shortly after this he was called into ministry.

Bring Revival to the Philippines. Raise up more Christian Leaders.

Ben D. Gonzaga was born in 1981 and the only child in the family due to the early death of his father when he was only 8 months old. Ben sufferes from chonic illness but that does not hold him back. Despite his chronic illness, the Lord has gifted him with many skills like carpentry, electrical related works, masonry, plumbing, cooking, driving, animal raising, art craft and many more.

Ben is married to Shim Rose and they have two lovely children, Shiloah and Jephthah.

His conversion to Christ was a slow one. He was converted at age 18. Immediately, he began witnessing to his friends. He was called into ministry at age 21.

Ben began his studies at Christian Leaders Institute in 2014. He has completed over 120 credit hours of classes. He was ordained as a commissioned minister.

He is willing and ready to mentor new CLI students in the Philippines. He will also help with Ordination. 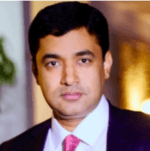 To bring revival to India! To raise up more Christian Leaders

Bobby Varghese Thomas was raised in a traditional church; but He experienced the gift of Salvation through faith, in the year 1992.

Since his birth into the family of God, He sensed an unusual "appetite” for spiritual things, which impelled him to deep self-study the Word of God.

Dan Lim is passionate about reaching others for Christ. Dan seeks to communicate the gospel to those in Singapore.

Dan Lim heard about Jesus and His love through Youth for Christ in school. He came to know the Lord in 1986. Since then, He is committed to serve the Lord, as He considers it a great privilege. His walk with God and the burden for those who have yet to know our Lord Jesus Christ have kept him going all these years.

He has never received any certified training over the years until he entered Christian Leaders Institute in 2015. Since that time, he has accomplished over 40 credit hours of advanced ministry training.

Dan and his wife are involved in street ministries and prison ministries. They are willing to mentor Christian Leaders Institute graduates to take their next steps in ministry. They will help those called into ministry in their journey into ordination. 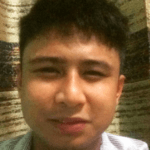 To mobilize a new generation of Christian Leaders in the Philippines.

Francis Dave Mabborang was born in 1997. He is part of the young generation that is seeking the Lord. Francis received a vision to become a warrior for Christ. In this vision, he was called to ministry.

He is willing to mentor, especially young Christian Leaders in their walks and callings to ministry. Francis will also assist people in their ordinations.

To raise up more revival leaders for ministry. To help young people grow in Christ

Hephzibah George is not just a housewife; she is a called revival leader. She came to Christ through her husband's witness while attending college. Her faith came alive when her son was healed from a life-threatening hole in his heart. She committed herself to serve Christ.

Hephzibah is called to help those in spiritual need. She desires to encourage young people and young Christian Leaders.

To raise up more Christian Leaders for India

JOHN VESLY is married to his wife Ashpee, she is helping him in his ministry. They have one son named Austin. His father was a strong believer and led John in the way of Christianity. John eventually sensed the call into ministry.

John started Christian Leaders Institute in 2015. He has completed over 46 credit hours of study. He was ordained in 2017. He is willing and ready to help raise up more revival leaders in India. He will mentor CLI students and graduates and help them through the ordination process with the Christian Leaders Alliance.

Ki Sup Kim comes from Christian Family. He is an English teacher in a more poor area of Korea. He has a passion for his county. God has led Ki Sup Kim through many struggles, especially a large conflict that even included his wife. Through this experience, God has sanctified and called Ki Sup Kim to ministry.

Ki Sup Kim began to study at Christian Leaders Institute in 2014. He has completed over 90 credits of ministry training.

He was ordained in 2015 with the Christian Leaders Alliance. He is willing to mentor others in South Korea for ministry. 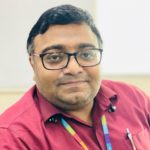 I am passionate about guiding and supporting fellow CLI students and Christian leaders.

Krishnan Ganapathy was raised in a Brahmin Orthodox family; but He experienced the gift of Salvation through faith, in the year 2014.

Since being saved in faith, He sensed an unusual "appetite” for spiritual things, which impelled him to deep self-study the Word of God. He started Christian Leaders Institute in February 2020.

To raise up more revival leaders in Thailand and the world

Marc is married, and he and his wife have five grown children.

Marc Bernard Gresset was born in Paris and grew up without religious education. As a young man, he was more or less an atheist. He began asking questions. He search took him through reading many books and experimenting with alcohol and drugs.

At a point of desperation, even contemplating suicide, a "revelation" was given to him to find a "meaning." He found that meaning in Christ!

He soon was called into ministry. He left France to do mission work in Indonesia. His mission work in Asia has continued for over 35 years. He is now serving in Thailand.

Marc began Christian Leaders Institute in 2016 and graduated with a Bachelor Degree in Divinity. He was ordained as a Chaplain minister. He is willing to mentor people in Asia. Contact him by email.