To raise up more revival leaders

Anthony Haynes is married to a loving wife. His family includes a daughter (from first marriage), a stepson, two stepdaughters, two foster daughters, sixteen grandchildren ( + 2 with God ). He is a retired volunteer fireman, a veteran, former scouter, former Gideon, and American Legion, member.

He came to the Lord in 1990 in a jail cell. It was there God called him into ministry. He has attending Bible colleges and institute and has served in various ministries.

Anthony began Christian Leaders Institute in 2016 and was ordained in 2018. He is willing and available to mentor others in their ministry training and with their ordination through the Christian Leaders Alliance.

Dee is called to serve those in need of God's grace and to raise up Christian Leaders bring revival to our land.

My name is Davenia "Dee” Davenport, age 61, I am divorced, with three daughters, two granddaughters, and a grandson on the way. My family (Mother & Father) moved to Atlanta in 1980. Due to my father being sick with breathing and lung problems. The Lord granted my father 34 more years of life.

My mother was the first person to receive salvation in the family. I got saved in 1976 while looking at the PTL club. I was 17 years old. A few months later my mother prayed for me to receive the Holy Spirit. However, at that time I was struggling. One day I was saved and the next day I was in the world.

I lost my first child "a boy" and almost bled to death. This took me to a dark place that I didn’t want to go. I stayed in the hospital a few months. The next year I attended a Christian camp for teens where I preached my first seminar. You aren't too young to go to hell. I talked about obeying your parents and how sin can lead you to a dark place. Over 200 young teens got saved that day.

I was still back and forward in the Lord and really felt I would never stop getting high. Until one day I was hanging out getting high in this house. I had no idea who the people were and how I got there. I saw my oldest daughter who was only 3 or 4 in the midst of the smoke, I ran to her and promised that she will never see me like that again. That began my journey of living right and seeking God to help me and keep me.

I began to practice how to live a drug-free life. I had to stop hanging out with my so-called friends. I read the word daily and went to church.  The word was very important in my life because I could not live for the Lord and stop getting high in my own strength. Drugs and alcohol were always in my parent’s house. We all sold and used drugs, took pills, and drank alcohol. Praise be to God for delivering me. It’s been over 20 years of a drug-free life.

In 1991, The Lord put on my heart to go on a fast and shut-in at a hotel for 3 days. There in that hotel room, the Lord called me to preach the gospel. He told me not to be afraid of their faces. To my surprise, it was later confirmed by my pastor at the time.

In 2004, I took classes at the Pilgrim Ministering & Leadership Institute (PMLI). I graduated in 2006 and this left me wanting to learn more. In my search for this knowledge, I found CLI in 2011. The experience and teaching I have received have been a great blessing in my ministry and my life. The Lord put in my heart to become a chaplain. I had no idea what he was preparing me for.

When my father became ill and was put in hospice the doctor gave him days to live, but God allowed him to live for over 2 years. The classes at CLI walked me through this hard but wonderful process. The classes gave me the knowledge and strength that I needed. I whole heartily know I would not have been prepared for such a thing without CLI classes. I was able to pray for my father and prepare him to meet the Lord,

I launched my personal ministry in 2014, Against ALL Odds Thorn in the Flesh. CLI was a great instrument in teaching me and preparing me to step out in my ministry with knowledge, tools, and experience. My classes enhanced how I teach leadership classes and helped me become a chaplain and more. President Henry ordained me in 2014. I received my associate's degree and bachelor's degree in Divinity in 2018. I have also received a Chaplain Minister ordination package. I am a CLI mentor. I have received over 20 awards, diplomas, and certificates from CLI.

Thanks to CLI, I am able to move forward in the things that the Lord has charged and called me to do.

To proclaim Christ and his healing presence to the world.

James Babatunde is originally from Nigeria. He married Alicia in 2007, and they have four children. Jame is a bi-vocational minister. He specialized in Security Equipment repairs and presently working as an Electronic Technician. James and Alicia are the founders of Speak Out Ministry. This online ministry preaches the Gospel of Jesus Christ to the World.

During Jame'es teenage year, he was not walking with God. Fueled by intense guilt, he gave his life to Christ to be saved. Shortly, after he felt the calling to ministry.

After moving to the United States and married Alicia they started ministry together. 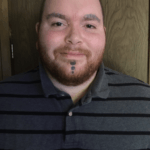 James Harrison Nixon was born in Lagrange, Georgia in 1987. He has a beautiful wife and two daughters. James felt a call to serve the Lord for a long time in his life. James had a heart for ministry at an early age. James admits he has not always been the example of Christian values. He once lived a life of drunkenness and careless attuites to a life of selfishness. He once placed value in the world seeking money and pleasure.

Now James seeks the fullness of the Holy Spirit. And even has decided to live a life of minimalism to please God. God told James in a dream that He should carry his cross and leave the world alone.

James started CLI in 2015 at since then has completed 65 credit hours. James believes that CLI has been a blessing because of its flexibility. James desires to help bring God’s lost sheep into the fold. 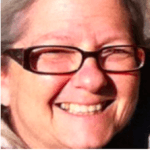 Joanne Ives did not alway make Christ her top priority. She was saved in her early forties. She has a calling to help the homeless. She has tried many things and is doing much where she lives. You can read her profile.

She started Christian Leaders Institute in 2016 and was ordained in 2018. She is willing to mentor others through their ministry training and the ordination process!

To help raise up more Christian Leaders for Revival

Joseph Alexander is a truck driver from southern Georgia. He has one son. He has walked with the Lord for quite some time. The Lord put on his heart the calling to be a minister.

To raise up more revival leaders in Georgia!

Lorenzo Lewis was born in Michigan in 1965 to Henry and Laura Lewis.
Both his parents worked for General Motors auto plant in Flint which afforded our family a very comfortable lifestyle.

After leaving his home, he started down the road of petty crime, He found himself behind bars. After a couple of arrests, He realized this was not God's plan for his life and He gave my life to Christ in jail.

After over 20 years of being born again, He is now married to his beautiful wife, and together they have lovely blended family of 6 with 7 grandchildren.

He sensed the call into ministry and started studying at Christian Leaders Institute in 2017. He was ordained in 2018. He is willing to mentor CLI students with their ministry training and ordination with the Christian Leaders Alliance.

To help raise up more Christian Leaders. To bring revival to our nation!

Rodney is married to a supportive ministry wife. He has followed and walked with Christ for a long time. God called him into ministry. He has served in many roles at local ministries in his areas building the Kingdom of God.

To help raise up Christian Leaders for Revival in Georgia

Sabrina Hayes is married to her husband Christopher since the late 1990s. They have three beautiful girls.

She has walked with the Lord for most of her life and also has felt the call into ministry.

Our family life centers around entrepreneurship and ministry. She is the founder of a retreat-based women's ministry called Sanctuary Girl.

Sabrina started CLI in 2017 and became ordained with the Christian Leaders Alliance that year. 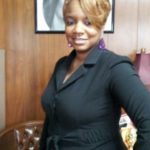 Stephanie Davis resides in the Peach State known as Georgia. Stephanie gives honor to God who is the head of her life.

Stephanie’s first recollection of joining the church was at the age of 12. She would spend days on end in fellowship. Stephanie also sang in the choir and became a reporter for her church for several years. Stephanie also helps keep her church grounds clean and in order.

Ministry has been a part of Stephanie’s life. If I see something that needs to be done, she does it.  Stephanie came from a lineage of Pastors, Evangelists, Ministers. She knew in her pre-adult and so-called grown (18 yrs. old) days, being different and she couldn't get away with things that others could so easily. Stephanie felt conviction immediately and it appeared that no one else was being convicted but me. People have told her, "You don't look right in the club". Total strangers. However, she learned that Grace and Mercy covered me even while she was in Sin. Stephanie’s anointing followed her where ever she went. Had anyone said to Stephanie that I would be in Ministry, she would have brushed them off or laughed at them back in the day. Stephanie became the very person she swore never to be and that's a Minister-in-training.

Stephanie came across CLI at an unusual hour and just out of the blue. She was online searching for an Attorney and it just popped up out of nowhere. Normally Stephanie would ignore ads or other invites. However, she could not ignore it. The holy spirit wouldn't allow her to do so. Since then Stephanie has completed 24 credit hours just in the year of 2018! She has an amazing GPA and is willing to assist other students in their ministry walk.